I have a mom friend and I would consider us to be pretty close but I’m not sure she feels the same. Our kids are both almost 2 and we’ve been hanging out with each other for a while, but I feel kind of insecure about our friendship sometimes. Like, how do you know if you’re super close with someone? This is kind of my first friendship as an adult that wasn’t someone from when I was growing up. I just don’t want to embarrass myself and be all “we’re so close!” and have her not feel the same. Silly question, but it still makes me wonder. I really don’t know how to know when you’ve reached that “close” level between friends. Thanks for listening.

– Sort of Young and Restless

This is an interesting question because I think most women have been there! Why don’t you write your friend a note and just express how grateful you are to have her friendship? I think her response to it will let you know if she feels the same (like, oh my goodness I feel the same way type gushing or an that was such a kind note nicety). That way, you’re giving her confirmation of your true feelings without the awkwardness or pressure of an off the cuff response. – Cortney

I had a similar thing happen and in the end we were not as close as I thought. I would go with your intuition on this one as you are questioning your closeness with this person. It sounds like you may not be as close as you might have thought. Not to say that eventually you could not develop a closer friendship but it may take some more time. Adult friendships are a lot different with so much going on in life. Developing close friendships can be a lot more complicated. People also have history that they may not feel comfortable sharing right away which can also prolong the friendship deepening. I would let time pass and allow the friendship to grow. – Nadia

Any chance you’re an overthinker like myself? Haha! My best advice is to get out of your own head. Those limiting thoughts can get in the way and taint your view of what your friendship with this person is really like. If you NEED to think about (like I would, haha) maybe take a look at what you get from the friendship but also what you give. Maybe write her a handwritten note saying how much your friendship means to you and that you appreciate being able to by yourself around her. Close is relative, but I believe it’s a natural part of mom friendships. We’re vulnerable in front of one another as we struggle, I mean, figure out this parenting gig in each others’ presence. I vote hang out with her, give it time, just be happy in her presence, and don’t worry about degrees of friendship. If you feel close, great! Use that feeling to be yourself and enjoy your time together. – Lori Beth

Because we’ve moved a few times since having our first child, I’ve had this experience before. There have been mom friends that I’ve bonded with right away and gotten close to in a relatively short period of time. And then there have been mom friends that I’ve become close with, though it’s taken 1-2 years to get to this point. I’ve found there are different kind of friendships as an adult and mother – some are close but superficial and mainly deal with mom-related things; some are close on a personal level more than mom-related things. I’ve hit the jackpot when I’ve met a friend that I was close with personally AND with mom-related things. Friends come and go more in adulthood, though it’s always worth it to put yourself out there because you never know when you’ll win the friend lottery. – Diana

Hello Young and Restless, I used to love that soap opera when I was a teenager! I guess if you are looking for indicators to how much you are friends versus acquaintances, and then how deep your friendship is, which it sounds like what you are asking to some degree. I’m trying to think of people I consider close friends and how I behave towards them. I’ve never really considered if they think of me as a close friend, generally. For me, my closest friends are people who I try to set up time to get together without our kids, like for breakfast or lunch or drinks…or brunch with drinks. I understand both of your children are 2, so this may not be an option. But is she the type of person you think would love to get together with you without your kids? They are usually the people I am most likely to be unfiltered around (for better or worse). I don’t care if they see my house messy or me in my pajamas. They may be the first to show up in the labor and delivery room an hour after your firstborn is delivered after coming straight from the airport having traveled for 14 hours (ok, this is totally a nod to Lori Beth my fellow yaya). You’d keep in touch with them if they moved to another state. For some of my friends I’ve made who are parents of my children’s friends, I also think of I begin to disclose aspects of my life that I don’t share with the majority of people. Like another yaya said, I would let time pass and allow the friendship to grow. Most of my closest friends I’ve made as an adult, particularly through my children, I’ve known for at least 3 years now that I think about it. So, it sounds like this person is a pretty good friend and I would try not to think too much about it but just enjoy her company. I’m happy to hear you have a fellow comrade in this parenting a 2-year-old life! – Lorelei 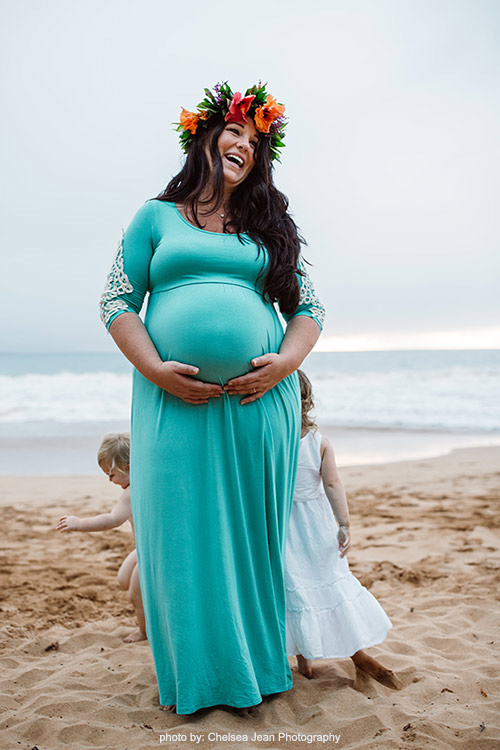